I am a reporter, currently based in London.

I'm a freelance journalist currently based in London. When I'm not reading, writing or tweeting I'm probably listening to Springsteen or watching cricket. 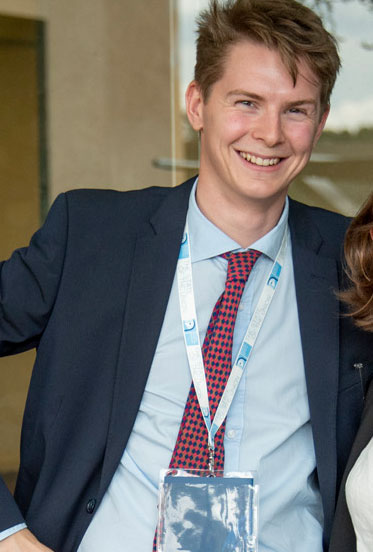 A Muslim community centre was denied security funding by the Home Office despite being told it is vulnerable to a terrorist attack.
The Daily Mail • 12th January 2019

The £9K-a-year degrees... with just six hours' tuition a week

Step-free access was unavailable at London Underground stations for a combined 306 days last year due to faulty lifts.
The Daily Mail • 15th December 2018

Residents living next to the new EastEnders set vented their fury yesterday after learning they will have to endure five more years of construction chaos.
Edinburgh Evening News • 12th January 2019

It's love-all for Murray as he prepares for retirement

As Andy Murray looks set to bow out from competitive tennis, we take to the streets to ask you if he is our greatest-ever sportsman.
Edinburgh Evening News • 10th January 2019

They are the signs of a borough that has long been engulfed by gentrification. Now fixie bikes that block doorways and illegible hip menus are being targeted by anti-ageism campaigners who claim Hackney has become inaccessible to pensioners.
The World Weekly • 2nd May 2018

Who are Cinque Stelle, where did they come from, and what comes next?
The World Weekly • 7th September 2017

The World Weekly spoke to experts across the US about how to tackle the opioid epidemic: the worst drug crisis in American history.
Hackney Post • 11th October 2018

‘Beware of fashion, beware of orthodoxy, think for yourself’

Michael Ignatieff knows a thing or two about authoritarianism. As President and Rector of the Central European University in Budapest, Ignatieff has found himself on the frontline of the fight for academic and intellectual freedom in Viktor Orbán’s Hungary. In an interview, Ignatieff reflected on what has caused the rising tide of authoritarianism, where academics have gone wrong, and what they must do to start fighting back.
Hackney Citizen • 19th November 2018

Family and flavour on the menu at Andi's Wadadli Kitchen

Ever had a helping of jerk chicken and been a bit underwhelmed? Andi Oliver has. Thankfully the Great British Menu judge and Stoke Newington resident has opened up a new Caribbean restaurant to make sure that never happens again.
The World Weekly • 17th August 2017

In the western Balkans, big power games are pulling an unstable region between Russia and the West.
The World Weekly • 15th June 2017

Why does Silicon Valley have a sexism problem?

Rocked by sexual harassment allegations, Uber’s co-founder Travis Kalanick is taking a leave of absence. The scandal is just the tip of the iceberg in Silicon Valley.
The EUI Times Online • 27th March 2018

South Sudan is the world’s youngest country. After nearly 99% of eligible voters opted to secede from Sudan in 2011, people like William Lochi set about putting in place the building blocks that he and many others hoped would lead to South Sudan becoming a successful democracy. Progress has been fitful thus far, marred by on-off civil conflict and political upheaval. However Lochi, the Deputy-Secretary General of the South Sudanese government, remains optimistic that South Sudan’s future is bright. In Florence to undertake a Young Policy Leader fellowship at the School of Transnational Governance, Lochi hopes to return to Juba with a fresh perspective on governing and policymaking in his fledgling home country.
EUI Life • 5th July 2018

Is the human rights movement 'inadequate'?

An interview with Yale's Samuel Moyn, author of a recently-published book entitled ‘Not Enough: Human Rights in an Unequal World’. Moyn argues that the international human rights movement have been subject to a neoliberal dogma; by not spending enough time and energy seeking to address inequality and the politics of fairness, he believes, politicians and NGOs have missed a trick.
The EUI Times Online • 9th March 2018

Italy's election has left its old political establishment on the outside looking in.
The EUI Times Online • 19th April 2018

As dignitaries gathered in Belfast last week to commemorate twenty years since the Good Friday agreement was signed, ending over three decades of bloody sectarian conflict on the island of Ireland, a Brexit-shaped shadow loomed large. According to Professor Brigid Laffan, Director of the Robert Schuman Centre for Advanced Studies, London’s apparent reluctance to take the Irish problem seriously could lead to the unravelling of Good Friday and the reappearance of violence on the border.
Load More Articles
Close ✕

Thank you for subscribing!

You will receive an email (at most once a week) with any new articles.

You can unsubscribe anytime with a link in the footer of the email.